Dog owners and their best freinds

The benefits of Turmeric have been long known by humans but our best friends, our dogs have long suffered the same agonising, debilitating arthritis that we too experience. Now with an advanced formula specifically produced for dogs we are able to share our advancements with our best friends. Whether you have an older dog or a young and active pet, the properties of this clinically researched supplement can help to maintain healthy joints. Here are the stores of just a few four fur footed friends:

As we all know, dogs are genuine, they don't hide their pain.

Rusty has been suffering greatly from arthritis in her front legs, shoulders and paws. The vet had been giving her injections to help with the pain and discomfort, she had even been prescribed Tramadol - an opioid pain medication used to treat moderate to moderately severe pain, but even this wasn't helping.

Then I heard about CURCUPET-K9 on TV, after only 1 week of taking the CURCUPET-K9 tablets, Rusty is getting back to enjoying life again.

Just look at these before and after videos, the results are wonderful! 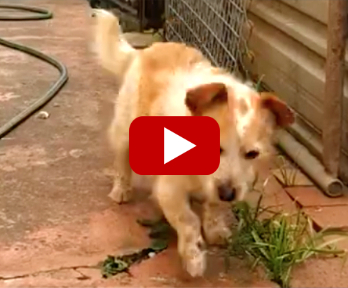 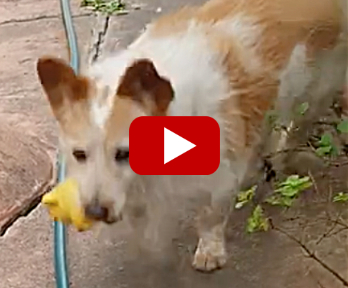 Blue has arthritis in her front paws, legs and shoulders.

She is now coming up 12 but was very active when she was younger. As a puppy, she used to chase a ball constantly and took it everywhere with her. She was constantly running around and would jump up to catch the ball. She would always land on her front paws and they wonder if that constant pounding to her paws is what caused/contributed to her arthritis.

A year ago, they thought they were going to lose her as she was so lame. They started various supplements and have been paying a lot of medication from the vets (unfortunately I didn’t get the names of any of these). They have found that she is now walking a lot better and can even run a bit. They have also changed her diet which they think has helped.

Although these changes have happened over the past year, he said that over the past couple of weeks (since starting Curcupet-K9) he would say there is a difference in her as her walking and mobility appears to be a lot better.

“I must admit, she is a remarkable dog”

They have another two dogs; one younger Collie and one Lhasa Apso/Shih Tzu cross who is coming up 4 and used to wind Blue up. However now she actually plays with the younger dogs, which is remarkable.

They used to take the other two on a separate walk to Blue, as she would get tired and it meant they only took her as far as she could manage. They now take all three dogs out together and can take her for a “decent walk”, which she enjoys (as Border Collies are active dogs).

“It is tremendous to see her now. You can see the relief in her face. She now wants to go out with the other two dogs. It’s all down to quality of life”

Miya has swollen paws which has been diagnosed as arthritis.

Miya is a 9 year old Rottweiler. She was in a lot of pain and was taking medication from the vet, however this was causing her side effects, so they decided to change her onto a “golden paste” of turmeric that they have been making for her. Over time, they have noticed a bit of an improvement from this paste, however since she started taking Curcupet-K9, they have noticed a marked improvement. They also find the tablets to be much more convenient than making up the paste.

The improvements have been clear when looking at her interaction with her younger brother, Bear (a 1-year old Rottweiler puppy). Bear is very active, and Miya used to sit on her mat and watch him play, but not join in. She would also sometimes get a bit aggressive towards him when she was suffering very badly. Since taking the tablets, Miya is so much more active and now wants to join in, get more involved and play with Bear.

Miya used to go to the woods when she was younger, but she hasn’t been able to for a while. She has now started being taken to the woods again and has found “a new lease of life”. The tablets are “making her life much more enjoyable”. She can also now be let off the lead, which she loves as she likes the freedom. This is something that she hasn’t been able to do with any comfort for a while.

Joint problems are very common in Rottweilers as their legs grow so quickly when they are young (tendons can snap if owners are not careful with where/how they walk their dogs when young). Because of this, and because of the benefit seen to Miya, they are considering starting Bear on the Curcupet-K9 supplement as soon as he is mature (around 18 months old).

Read all our 112 reviews 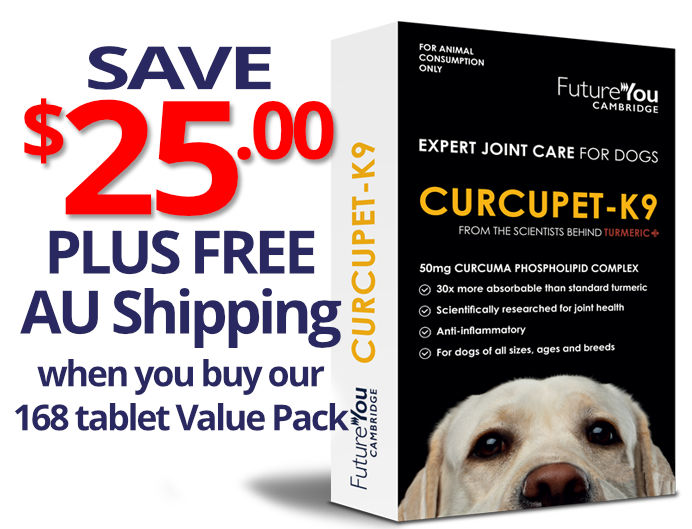 CURCUPET-K9 has been developed in response to a trend where pet owners were taking it upon themselves to give their pets human purposed turmeric. Perhaps as a result of hearing about the research presented here.
Read More